On the edge between the known and unknown worlds 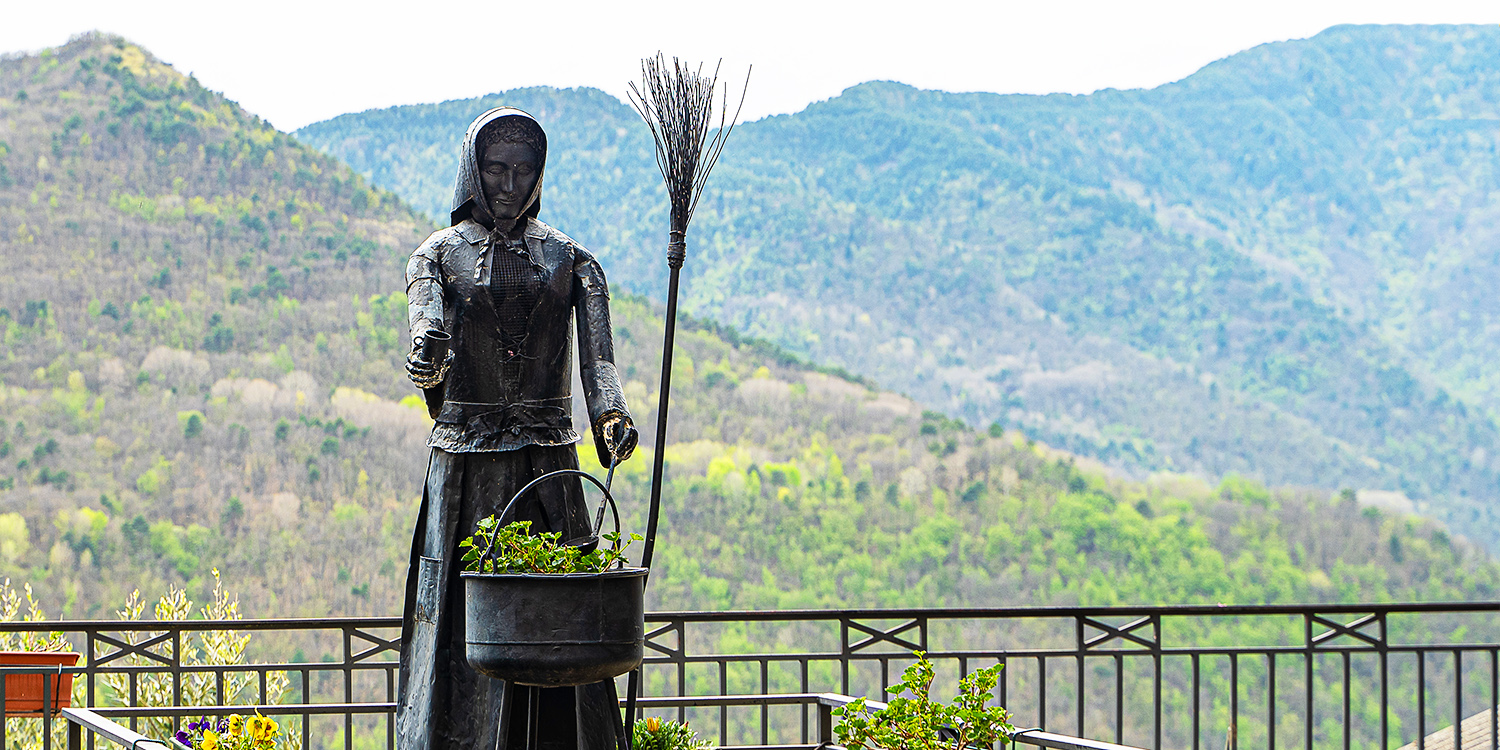 The Triora witch-hunt: subjects of a tragedy 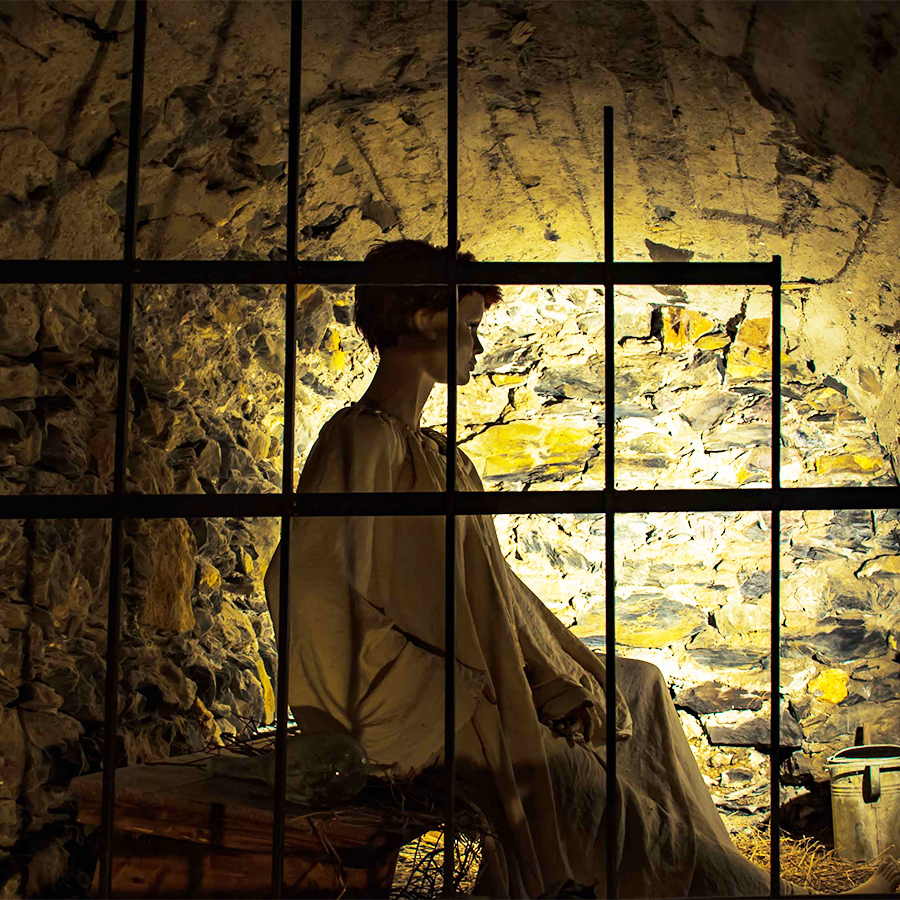 Here you delve into some topics linked to the millenarian vision of several human conditions: the need to cure people without going through official medicine, the desire to be masters of good and evil through to the creation of the fear of the witch. A complex phenomenon. In Triora, from 1587 to 1589, the fear of the witch created a horrible condition in a community and then in the interior of what is now Liguria. A well-known and studied affair, which makes Triora a martyr town of suspicion. Now let’s get into the conditions and mentality of the period and the event.

1587: a community that lived off the management of a vast productive territory had two years of bad harvests. There is no explanation other than the unknown. The community parliament thought it was an evil spell and turned to the civil and religious authorities. Civil justice in those days was not alone. There was also religious justice and this is the area where the investigative division is thin. The Inquisitor of the Republic of Genoa and the Inquisitor of the Diocese of Albenga, Girolamo dal Pozzo, arrive in the city. The city pays for their presence. Girolamo dal Pozzo: trained in a culture of severe religious reform, built up in decades of prejudice is a people hunter. Suspicion, rumour, envy. Torture. He goes after thirty women, girls and even a boy who may be eccentric to the Community. Isotta Stella: dies from torture. You will discover which ones in Triora. You who visit may avoid them. Those women, no. Isotta came from a wealthy family. Suspicion saves no one. The unknown woman: in despair, she kills herself by jumping out of a window. Right in the church square. Her name is not known, and it is said that the Devil called her. We do not judge. 1588: the same representatives of the Commune who asked for an investigation and exposed the Community financially, now demand restraint from the civil and religious authorities. The situation is out of control. There is no security for anyone. The Chief Inquisitor of Genoa: the nullity. A couple of releases from prison, perhaps at random. Giulio Scribani or, in the Genoese style, De Scribani: today he would be subjected to psychiatric expertise, but he is a child of his time and culture. A Genoese commissioner who saw and searched for witches and sorcerers throughout the territory, even beyond Triora. He thinks of terrible, demonic and maniacal crimes. He organised endless tortures. He sentenced four women to be burnt at the stake. Franchetta Borelli: a woman under investigation who knows she is innocent. From a wealthy family, she is ransomed by a relative who is linked to the same representatives of the Municipality who asked the inquisitors to intervene. She escapes, is captured. She is tortured for a long time: there is a whole record of an interrogation in which they torture her body, but not her mind. She resists, argues with her executioners, talks about the countryside and food and even manages to be ironic. The Genoese government agencies: distant and fearful. They try to suppress a situation that is out of control. Serafino Petrozzi: a skilled Genoese jurist, he challenges Scribani’s work, but confirms sentences to burning. He poses questions to those who do not ask them. The Father Inquisitor of Genoa represents the Inquisition of Rome. He knows that he knows. He can judge witchcraft, he alone. He sends condemned women to Genoa, along with others. In this way he rescues women from local suspicion. Davide Vacca: Doge of Genoa. He understands that it is time to put an end to the matter and asks the supreme religious authorities to end the trial. 1589: The trial ends. It may be that the Genoese prisoners are freed. There were no fires, but the community of Triora will not be easily restored. It will remain the place of the unspoken. Giulio Scribani: he has gone beyond his mandate, dealing with religious and not civil matters. He will also be excommunicated. Who knows if he understood that Christianity is made of mercy and dialogue?
3

Ethnomedicine. Unofficial care, the need for a different approach

Over the millennia, humans have developed a knowledge of nature. La nécessité de la chasse est de la récolte survit pendant des siècles. The collection of herbs and wild fruits of the earth is such that the properties of vegetables are known and appreciated, even today, for therapeutic needs. For a very long time, tribal man relied on those who knew these properties for the cure of diseases or for supernatural reasons. To do good as well as harm. Over time, in many cultures, the man of traditional medicine has been supplanted by the man who has studied medicine, perhaps using the same active plant ingredients. But it is science, examination, qualification, proof. Two worlds are formed, one official and the other unofficial. In the latter there are marginal areas, rural settlements, social classes that cannot afford the often useless care of certified doctors. The only knowledge of ‘folk’ medicine has come down to us, almost intact, despite the condemnation of remedies by lonely or enterprising women, by obscure and silent figures, then often identified as an underhand danger to the Community. The need for naturalness in today’s world is also the child of that condition of thousands of years ago. Even preparing an herbal tea with lemon balm picked in the countryside can become a practice full of archaic meanings. 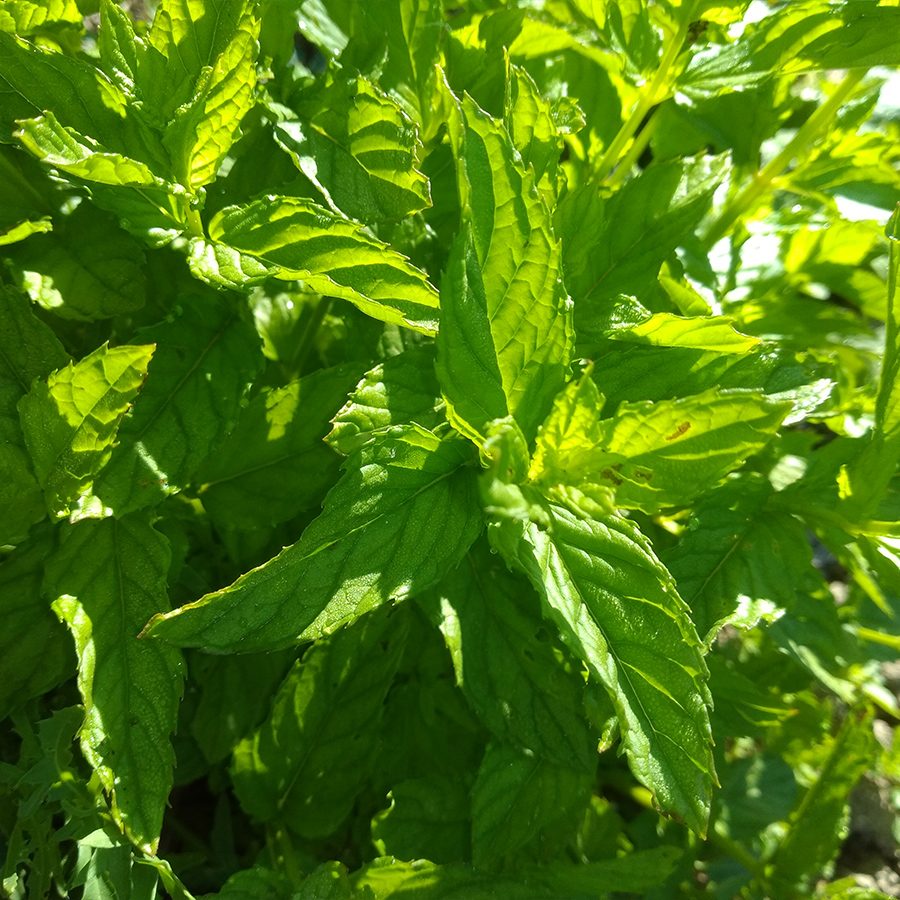 The shaman inside us 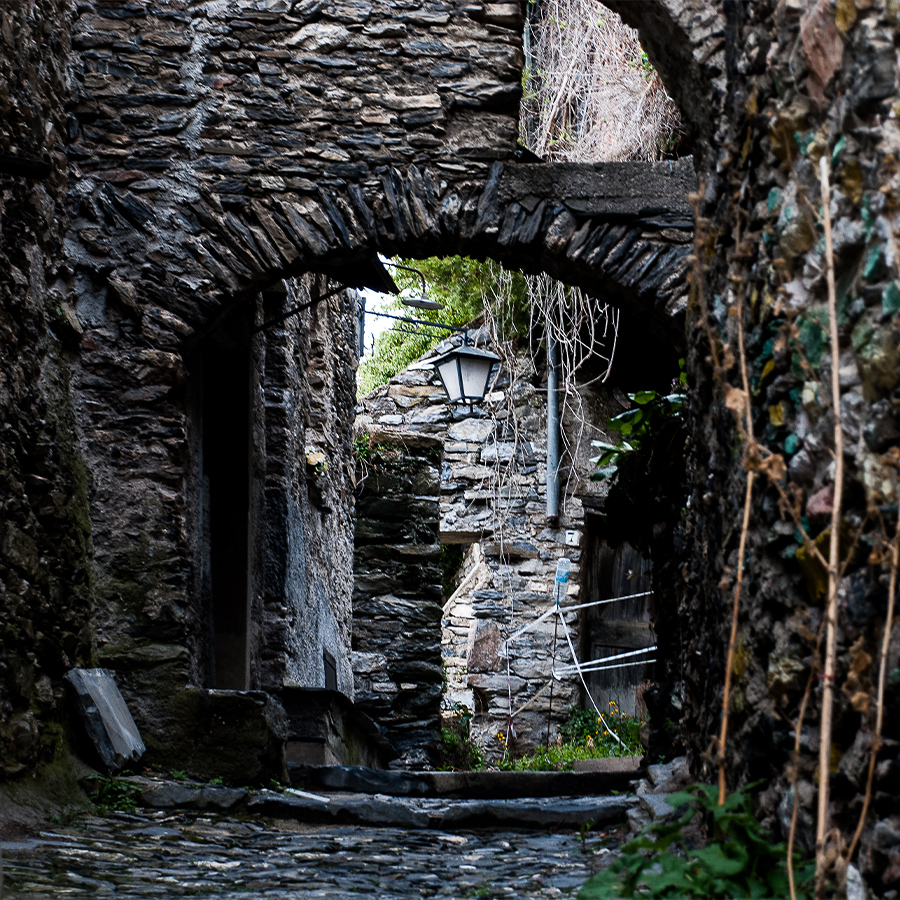 Visiting Triora and its museum system brings a lot to light. The much of the unknown. It could be a question of atmosphere, of course. The stones, the silences, the infinite spaces, the direct contact with Nature. All this is part of a complex, articulated design. You are in the Alpine world, where the magical dimension lasts a long time, it reaches us. All the cultures of the world, even the most recent religions, have elements of a common knowledge. Fundamental figures are those who stand between the world of the living and the world of the dead. Think of the figure of the shaman: healer, but also able to create curses, soothsayer, man beyond mankind. Here, within the walls that saw the alleged witches of Triora held in captivity, you will learn about the properties and objects that, around the world, serve those who go beyond the powers of Man, black or white, positive or negative.
3

The reconstruction of the drama of the witchcraft trials in Triora between 1587 and 1588 highlights the figure of woman. In the human journey, Woman is the Earth, she is the parent, she is the initial total Mother. Here, in contact with an uncorrupted Nature, one understands. And we go beyond, in time, in space. From ancient cultures to the dominant female figures of Antiquity, dressed in mystery. Hecate, Isis, Diana / Artemis. The stryx of the Roman world comes before the “witch” near us. The female figure is deformed, viewed with suspicion, at a popular level and beyond. The characteristics of the female soul are misunderstood. There they are, those suspicious deaths, the endless series of children who die for no apparent reason. Today science provides answers, but once upon a time the answers could/must have been different. Many, even here in Triora, might have known about magic arts and alchemy, but the accusations reached those who could not, perhaps, defend themselves. Women, and a few eccentric men. The gloomy figure of the Devil, of absolute evil, its transformations, the non-joyful sexuality: the impossible made possible, like flying at night. Even a single broom on a door in Triora is a memory. As you enter the house, then, there may be a mirror in front of you, against the witches: the witch is afraid of herself. Did you know this? 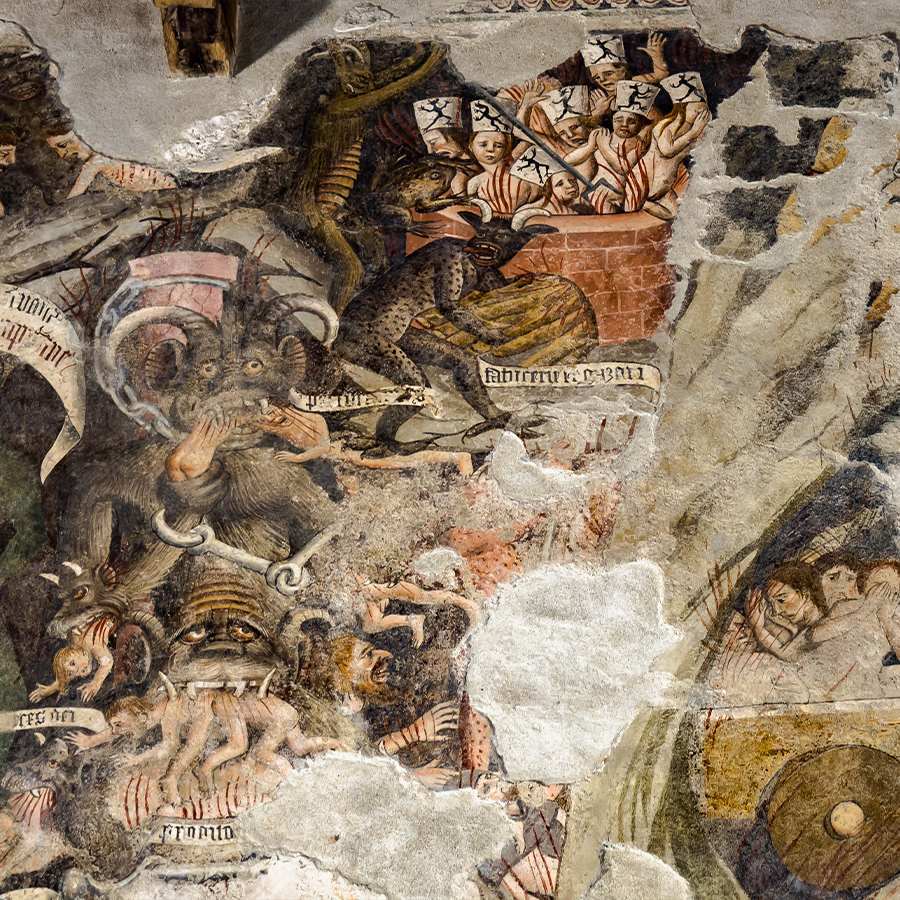 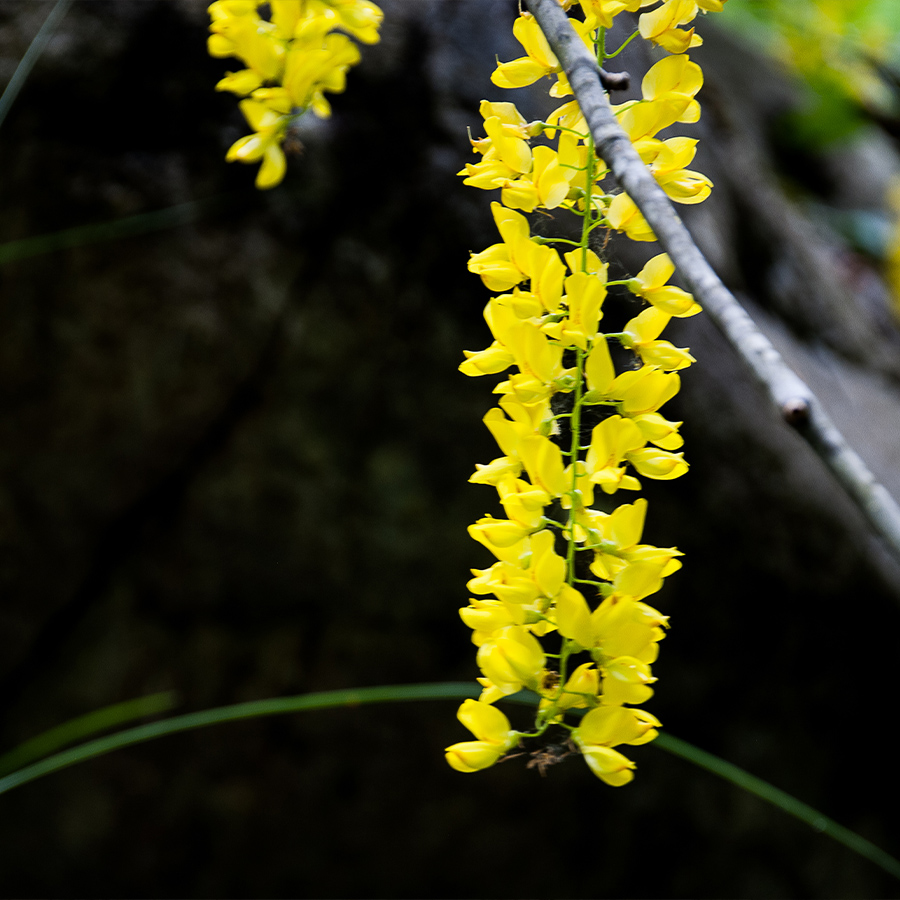 In these parts, in various places, there is the myth made real of the Maitó… she who judges and rules. The role of the woman who walks, who gathers. And who knows. The Great Mother. The key figure also of family systems. Woman who can be alone, but if alone she is in danger. Because she knows. Generations have handed down, word by word, everything you need to live in the midst of Nature. Even so-called ‘primitive’ peoples know more than we do about how effective or dangerous a plant or fungus is. If you have never even lived in the countryside, here you can begin to understand. Just follow a scent, look up, move wood. Try and believe.

You can find out more about which cookies we are using or switch them off in settings.

This website uses cookies so that we can provide you with the best user experience possible. Cookie information is stored in your browser and performs functions such as recognising you when you return to our website and helping our team to understand which sections of the website you find most interesting and useful.

Strictly Necessary Cookie should be enabled at all times so that we can save your preferences for cookie settings.

If you disable this cookie, we will not be able to save your preferences. This means that every time you visit this website you will need to enable or disable cookies again.